TIAO Team is pleased to announce that, following the recently announced merger of COBCOE chambers with the British Chambers of Commerce, COBCOE Connects will change its name to “Connects” and formally hand over the support of chambers on the platform to TIAO on the 5th of July 2019.

This change enables us to bring together all the communities on the platform and make it easier for every member company to be visibly part of a wider global platform.

British chambers of commerce will appear under the new “UKGlobal” community.

We remain committed as ever to growing the platform – now 27 chambers and more than 11.000 members – to become the new global standard for business connectivity, repositioning chambers of commerce as the gateway to business success in the 21st century.

To ensure continuity in terms of expertise and capacity to support former COBCOE and other British Chambers on the platform TIAO has signed a memorandum of understanding (MOU) with Daniel Shillito[1], immediate Past President of the British Chamber of Commerce in Italy and former COBCOE Board Member, who will partner with TIAO in servicing Connects chambers, the UKGlobal community and their moderators on the platform, as well as in the recruitment of additional chambers. TIAO’s Karolina Vainilkaitė will remain the first point of contact for all chamber moderators.

We believe the announced changes will serve to further strengthen Connects and its UKGlobal community platform and we look forward to continuing to work together with BCC and all former COBCOE chambers to connect British chambers and their members around the world.

[1] Daniel Shillito will partner with TIAO as a separate commercial entity, not as the British Chamber of Commerce in Italy or in his former capacity as its President. 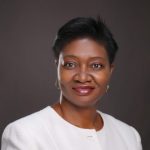 Bunmi Afolabi, Director-General of Nigerian British Chamber of Commerce shares her insights on how the Connects platform supports chamber prioritiesArticles 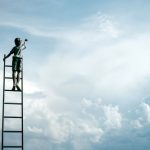 What is a successful connection on CONNECTS platform?Articles