How do we ensure that the next “big thing” in tech is in Europe harnessing the strengths of global SMEs?

3,000 powerful and rich delegates from over 110 countries gathered in Davos this January to discuss, amongst other matters, how to make sure the next big thing in tech is European. However, the solutions to the challenges faced by Europe may lie with those who were largely not present – SMEs.

At a lunch discussion, #Politico noted that “The mood was upbeat, the consensus: Europe is a great place to live and work and…that small can be beautiful: “Europe isn’t made for scale,” But that doesn’t have to be a disadvantage, should the next tech wave not produce consumer-based platforms but solutions for businesses”.

One speaker noted that Europe’s strength is in small and medium enterprises, and in capitalising on the innovation position it already has. What’s missing? “A framework to help those companies.”

TIAO believes we have the framework needed to capitalise on Europe’s SME strengths.

To return to the WEF ideas – a WEF report produced with McKinsey, “Innovate Europe – Competing for Global Innovation leadership”[1] sets out a vision for how Europe can become a global leader.

Europe has strengths to build on: its start-up scene is increasingly vibrant and its tech workforce is growing faster than ever at 2.6% a year. It boasts many small and medium sized enterprises (SMEs) that are leaders in their fields. Its strong industrial base is ripe for innovative disruption, as the application of new technologies increasingly focuses on industrial supply chains and the integration of industries.

However, to seize the opportunity, Europe must overcome challenges:

Recent research by the McKinsey Global Institute found that Europe is only capturing two-thirds of the digital potential of the US, a gap that has remained constant since 2016 primarily because of a lower level of technology diffusion and use of digital technology.

The situation looks even grimmer for key future technologies: in 2016, Europe attracted only 11% of venture capital (VC) and corporate investment in AI, while the United States and Asia captured 50% and 39%, respectively.

As a result, Europe also lags in knowledge, strong innovation networks, intellectual property and brand reputation in technology and innovation, whilst Europe’s innovative companies face global competition for technical and entrepreneurial talent. For Europe’s citizens, new skill sets will be required to adapt to shifting patterns of employment.

And not least – in many ways Europe’s markets remain fragmented, despite efforts at the European level to complete the single market.

The report proposes four ways for Europe to construct a new innovation model and address its lack of scale in digitalization and AI.

The rationale is that Europe has world-leading innovative SMEs and large incumbents in key industries ripe for disruption as the application of new technologies increasingly focuses on integrating industries. To catalyse innovation, Europe could build on its existing assets and fund national industrial strategies to digitize and integrate at scale, for example through digital platforms that enable more cross-sector and cross-company collaboration.

So far, so good. Then the report takes up the “old chestnut” of picking winners, by proposing that the focus should be on core industries with high potential, including basic and advanced manufacturing, pharmaceuticals, healthcare and wholesale trade.

This is all well and good, but such a selective approach also risks further fragmenting the approach across Europe – innovation does not sit neatly inside pre-defined boxes. The point of disruptive technology is that it is not always apparent where the next challenge and opportunity may lie.

For this reason, TIAO takes a more holistic approach to global business development opportunities for SMEs. Rather than focus on picking winners and silo based sectors, TIAO works with the grain of established hubs of local and regional expertise to create a level playing field for all SMEs, anywhere, to gain a foothold in the emerging Globalisation 4.0[2] playing field.

Where do we find these hubs of expertise? Through working with the rich web of traditional chambers of commerce threaded across Europe and into their wider global connections.

As WEF notes, Europe’s markets remain fragmented, and despite European level initiatives to bring our established business networks together, the collaboration is often (less than) skin deep, usually with a focus on policy rather than pragmatic business development.

TIAO works on a “bottom-up” premise, creating a neutral B2B matchmaking platform space for SMEs to develop their own opportunities and business connections. The USP of TIAO”s platform is the direct support of personal moderators in each local chamber, interconnected and working together to promote win-win business successes for all their members, wherever they are located.

The WEF report has numerous other recommendations, which it believes can be a catalyst to improving Europe’s lagging performance. Governments can play a role in  including opening up government- owned data for research, fostering secure platforms that make transparent which data are shared and when, and that allow citizens ( and SMEs) to own their data and access rights, as well as ensuring that maximum use of public procurement is used to foster innovation.

Europe needs to boost talents, competing with digital skills and diversity. Again TIAO’s approach facilitates a level playing field for every SME in a trusted and moderated environment.

As the report recognises: the Fourth Industrial Revolution has immense potential for Europe’s economy and citizens.Fully implementing a digital single market (DSM) could increase Europe’s GDP by up to an estimated €415 billion per year to 2025.1 Lagging European firms, were they to double their digital intensity, could add up to €2.5 trillion in GDP in 2025.

TIAO can and should be a key partner in helping to make this a reality for every SME.

[2] WEF describes Globalisation 4.0 as identifying new models for peace, inclusiveness and sustainability to suit a world where further global integration is inevitable and where existing models of global governance struggle to foster concerted action among the world’s powers.

“This fourth wave of globalization needs to be human-centred, inclusive and sustainable. We are entering a period of profound global instability brought on by the technological disruption of the Fourth Industrial Revolution and the realignment of geo-economics and geopolitical forces. We need principals from all stakeholder groups in Davos to summon the imagination and commitment necessary to tackle it,” said Klaus Schwab, Founder and Executive Chairman of the World Economic Forum. (h/t Politico) 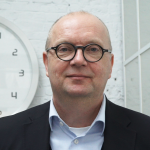 How to develop Trusted Relationships in a Global and Digital Business World?Articles 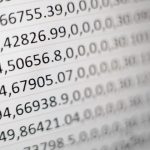 With Brexit, think of your EORI number! By Géry BrusselmansArticles