The European Parliament of Enterprises (EPE) is an event for European corporations, organized by Eurochambres, the Association of European Chambers of Commerce and Industry, once every two years. The first edition of the event was launched on 14 October 2008 on the occasion of Eurochambres’ fiftieth anniversary.

The concept of the European Parliament of Enterprises originated from the consideration, that there is a democratic gap between the European institutions and the main actors of economic growth, entrepreneurs and that, consequently, European legislators do not sufficiently take into account entrepreneurs’ concerns. On the other hand, businesses are largely unfamiliar with the role and functioning of the European Union and the significance that the institutions’ decisions can have on their activities and results.

This year, TIAO, the company behind COBCOE Connects, be.connected and Business Connects, is honoured to be one of the 751 MEPEs. We look forward to this event, which will take place on the 10th of October. Jean Verschure, our COO, will be representing TIAO. 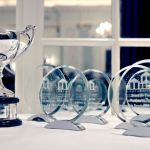 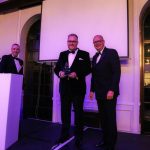