With Brexit, think of your EORI number! By Géry Brusselmans

The United Kingdom’s exit from the European Union is announced for March 29. If there is no flexibility agreement, companies will then be subject to administrative formalities at customs. So get an EORI number now.

But what is an EORI number? Contravention of Economic Operator Registration and Identification, this number has been mandatory since 1 January 2017 for European Union companies that import and export outside the European Union. This number is mainly used for electronic procedures related to the customs clearance of goods. The European Commission requires companies that come into contact with customs to identify themselves by means of an EORI number. Without a customs declaration, the goods cannot be loaded or unloaded and there will therefore be no export or import. The economic operator must register in only one Member State. For Brussels companies, the request should be addressed to the FPS Finance. Go to the FPS Finance website, in the General Administration of Customs and Excise section (https://finances.belgium.be/fr/douanes_accises/companies). You will need to complete a form that includes details such as your company’s contact information and the natural person responsible. The form should be returned to you within 48 hours. Companies that have not yet had any experience with customs formalities and filing a customs declaration may be assisted by a customs representative. To contact a customs representative, go to the site mentioned above and select the “customs representative” tab. 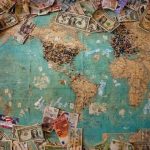 How do we ensure that the next “big thing” in tech is in Europe harnessing the strengths of global SMEs?Articles 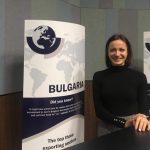